Question by 'hard in 2003: Kaare, could you please tell me, in which chess computers your programs are inside?

Kaare Danielsen: I did two chess programs before I retired from Computer Chess, my 16K program was actually the second one. The first one was a 4K program which has been used in a lot of computers, and is still in production. It was first used in the SciSys Explorer, SciSys Concord and SciSys Companion II, then in CXG Enterprise S and CXG Star Chess and a couple of other computers. Today it is used in all the Lexibook computers (Lexibook took over Yeno a couple of years ago). It is amazing that it is still in production 20 years after the first model.

The 16K program is not in production anymore. It was used in the CXG Advanced Star Chess, CXG Super Enterprise and some other computers. 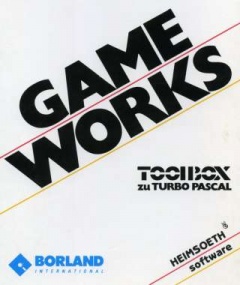 Wrote the book Turbo GameWorks. The book included a diskette with programs for playing chess, Bridge and Go-Moku. Borland International no longer sells Turbo Gameworks, but the chess program is included as an example program together with Turbo Pascal and Borland C++.